What REALLY Happened to Dinosaurs… Who doesn’t like dinosaurs? I mean I’m sure everyone across the world knows one or two fact about our extinct lizard ancestors – there’s just something intriguing about the concept of unimaginable sized animals that roamed the same Earth that we humans inhabit today.  A whole species just wiped out with little a trace but the fossils Palaeontologists have discovered to piece together a bewildering history. But what actually happened to wipe out a gigantic species?! There have been so many conspiracies from massive meteorites to disease but how do we know what to believe and when will we know the truth for sure? Who knows but continue reading for the top 3 conspiracy theories on what really wiped out our beloved dinosaur friends…

Theory One:  Man vs Mammoth

Man vs. Mammoth. If you haven’t already gathered, this conspiracy surrounds the idea that back 65 million years ago where humans and dinos lived civilly. All was going well until the human government decided that the dinosaurs were just occupying too much space, limiting the land humans could occupy. With this, all the humans on the world gathered their resources and decided to take them all down. From the teeniest of T-Rexs to the mightiest of Spinosaurus’, us humans with our handcrafted weaponry from sticks and stones even to the likes of Slingshots, managed to defeat them all to take ownership of the world…

Well I’m not too sure how accurate this one is, but let’s start with the basic fact that unfortunately these ancient lizards existed millions of years before us humans…  So before you get excited and imagine a herd of humans running with Javelins towards the leg of a diplodocus, don’t. Our history begun around 2 million years ago and this definitely wasn’t a civilised one. But don’t worry some people can be as scary a dinosaurs.

This one seems is a lot more realistic than our previous dinosaur mystery. A very common conspiracy that palaeontologists are trying to disprove until this day is that the entire dinosaur species got Flu and died. I bet you’re wondering whether it was the Apatosaurus that sneezed in the Brachiosaurus’ face first or whether is Pterodactyl gave the T-rex hives. But I can reassure you this one has a bit more of a substantial scientific backg 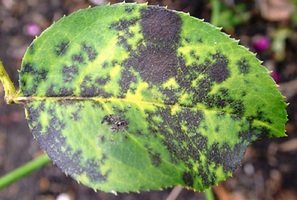 So the idea in simple terms is that a range of plants go infected by a disease. This only affected of the course the herbivores (plant eating dinosaurs) leaving them with disease ridden blood and eventually a slow and painful death. This of course spread to the rest of the carnivore populations as they fed of the diseased herbivores thus catching the infection themselves. One palaeontologist is almost certain that this disease was so deadly, it managed to spread across the world in less than 5 years completely wiping out the dinosaur population. Other paleongolists are not convinced as they are sure the same bacteria that caused the extinction would exist today. But who knows!

I think this is the most commonly shared theory on how dinosaurs became extinct. In recent science a lot of facts have been uncovered to support the idea that a large meteorite hundreds of meters in diameter, struck the Earth. This caused instant 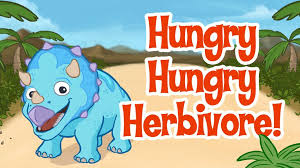 devastation immediately after impact, as the force of the blow triggered Earth quakes for thousands of miles. It wasn’t even the Earthquakes that resulted in the death of millions of dinosaurs but the destruction following it. Dust was unsettled across continents and Earthquakes triggered volcanos that threw more dust and ash in the atmosphere. This combined created a screen that blocked majority of Sun light from Earth, sending the world into darkness and limiting plant growth by 100%. Trees could no longer grow leaving herbivores to starve and die, second to go was our carnivores who eventually starved after all the herbivores died leaving them foodless and eventually the world was quiet.

This sounds like a very tragic tale but I’m sure our dino-ancestors thought it even more tragic. How do you think dinosaurs became extinct? Leave your comments below this blog and if you’re really smart leave an explanation too… We can’t wait to see what ideas you come up with.