Golf as a sport goes back hundreds of years with the first named golfer King James IV of Scotland. Documents relating to the purchase of ‘golf clubs’ have been dated in 1502 showing that the sport was played as early as the 16th century if not earlier. Back then golf clubs were made by bowyers and used to supplement their income when Scotland was at peace and didn’t require bows or spears.   Golf was hugely popular and Scotland even banned the sport during wartime as it took away from men practising to shoot bows.

At any rate, golf has been around a long time but what about the courses? Creating a golf course that will stand for centuries is no easy task. Now, none of the golf courses on this list are as prehistoric as our very own Jurassic Falls, Dinosaur Escape and Dinosaur Safari, but they have stood the test of time and become iconic courses every golfer dreams of playing. 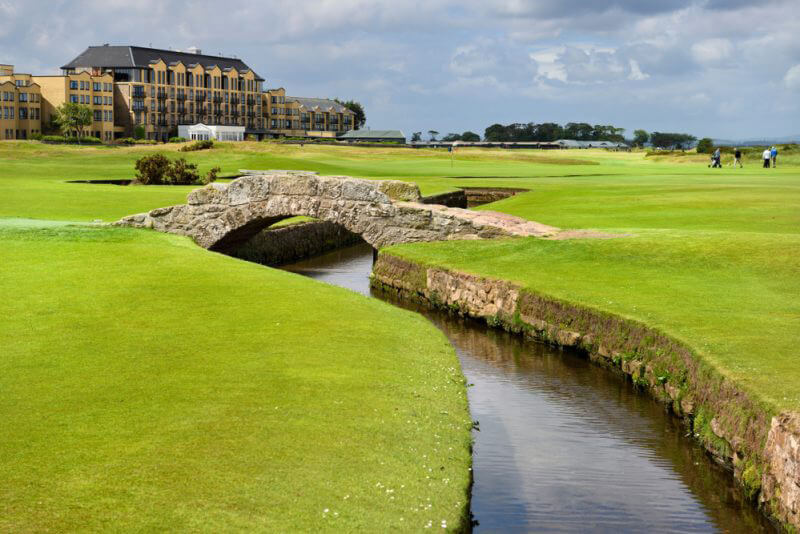 King James IV spent a long time holding court at Falkland Palace. It was considered the ‘sporty’ palace of the Stuarts. St Andrews even in the 1500s had a long history with students from St Andrews reportedly playing golf on the links in the 1400s.

Links were hugely popular and created the blueprint for golf courses throughout history. The natural coastal terrain was made up of undulating sand dunes with islands of grass growing low to the ground. This area with its short grass, windy conditions and sand traps was terrible for farming but perfect for golf, ensuring golf courses were able to grow without worry.

However, even with royals, students and everyone in between playing the links it wasn’t until that 1754 that St Andrews became a true golf course. The course consisted of twelve holes, ten of which were played twice making each round 22 holes in total. 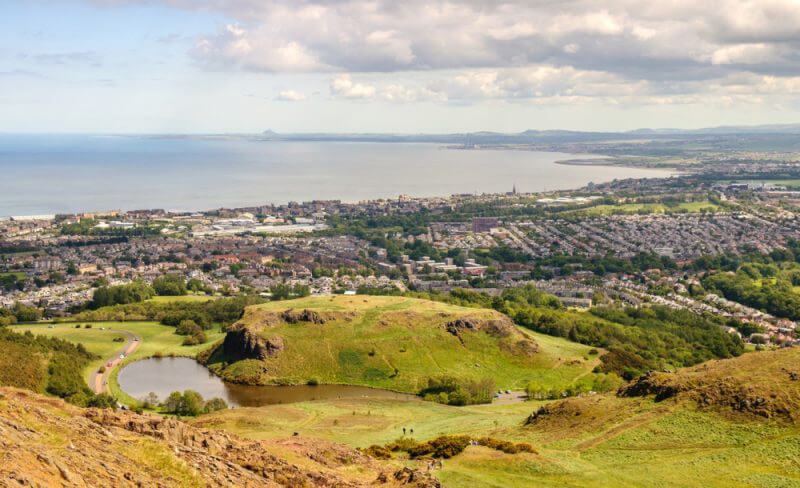 According to golfing myths, Mary Queen of Scots played golf at Musselburgh in 1567. While there is little evidence to prove this it shows how long Musselburgh has been in Scottish history. Documents of golf being played at this site can be traced back to 1672 with the original 7-hole course adding an 8th and 9th hole.

Musselburgh also has a claim to fame as the golf holes on the original course became the standard size for golf courses the world over.

Musselburgh was also one of the three courses which hosted The Open Championship in the 1870s and 1880s. With more modern courses popping up around the world, Musselburgh fell into obscurity but never withered. Nowadays this 9-hole, par 34 course is open to the public and stands as a testament to the spirit of the sport. 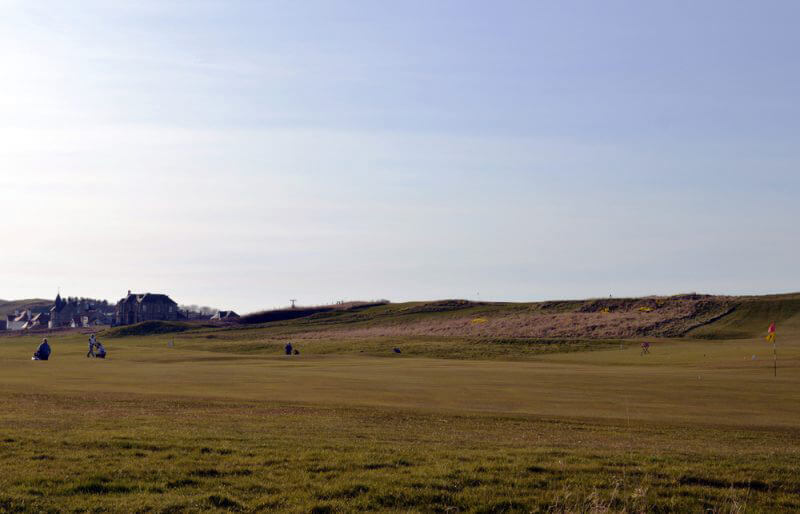 Known as either Elie Golf Club or Earlsferry Links Golf Course, this coastal links course like many on our list is located in Fife, Scotland. Only 10 miles from St Andrews, these links have been home to golf since 1589 with a royal charter permitting villagers to use the land for golf.

The golf club itself was originally built in 1832 making it one of the oldest in the UK and the world. This course is more similar to modern courses with an 18-hole, 70 par course measuring 6251 yards in total.

Elie Golf Club also has one unusual feature installed in the starters’ hut. A periscope from the Royal Navy submarine HMS Excalibur can be used by golfers to view the course and see where other players are on the course. 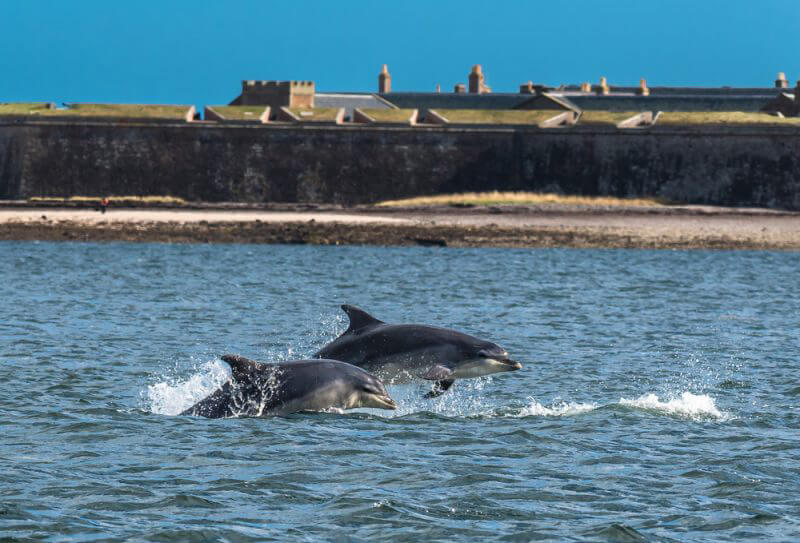 Located just outside Inverness on the Chanonry Peninsula, Fortrose & Rosemarkie Golf Course is as challenging as it is beautiful. This course is set out on the Black Isle with sweeping views of Moray Firth.

The earliest evidence of golf in this area goes all the way back to 1702 where a Mr George MacKenzie writes a letter to a friend stating he has no time to play as he needs to harvest his crops. While Mr MacKenzie didn’t play that day we can be certain he almost certainly did before or after the writing of the letter. Mr MacKenzie even ends his letter with the phrase ‘Oportet Vivere’ which is basically an old-fashioned YOLO.

The full 18-hole course was first recognised as a fully fledged course in 1793, only a few years after its cousins in Fife. This course regularly features on lists of the best places to golf and is sure to be worth a visit for the humble golf pilgrim. 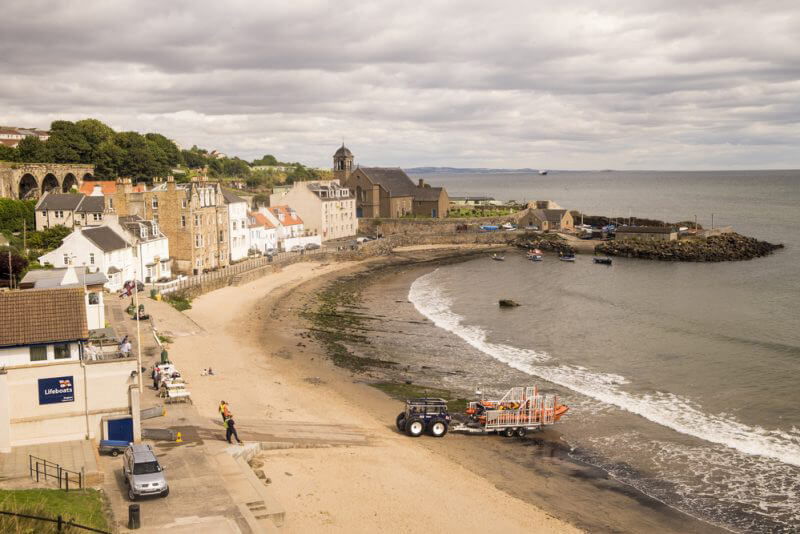 Kinghorn has been a Royal Burgh since the 12th century. Over the centuries it would change many times with castles, towers and other structures built on the land. Even with all this, the links survived with the course starting in 1812. Initially made up of 9 holes, Kinghorn has a proud tradition of being open to the public. Letters tracing back to 1812 state how golfers have the right to play there from long possession showing golfers have been walking these links with clubs in hand for hundreds of years.

Officially established in 1887 the Kinghorn Golf Club continues to offer a challenging course with beautiful surroundings and should be on any golfer’s hit list.

While these golf courses show how long golf has been popular they are nothing compared to the dinos at our adventure golf courses. Adventure Experience offers some of the most exciting and challenging mini golf courses around, so be sure to hone your skills on our courses before taking on the links at some of the world’s oldest golf courses.